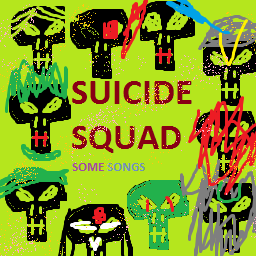 Well Suicide Squad is a movie. Some people don't like it. I haven't seen it. But it does have some kinda licensed soundtrack. And I feel like I could look at the songs and then try to type words about how I feel about those songs. It's the usual thing I do sometimes.


So I guess overall this is an okay collection of music, some good stuff, some classics, some questionable things. The thing is I'd be much more likely to see Suicide Squad over Angry Birds, and I don't really plan to see this one either. So, yeah, that's a review, probably.