The Real Legit Ghostbusters 2016 The Movie The Album The Review 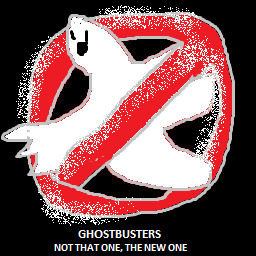 It's the film that has men's panties in a knot and feminists' bras non-existent, Ghostbusters 2016 Edition, where instead of just having one woman in the main group like I originally thought, there's four and they are the busters. Apparently the movie isn't too bad, and the opposite of bad is good, so it must be fairly good. I haven't seen it yet though, but there's a soundtrack with songs on it and I can look at that at least.

Well, there you have it, what some people think is a bad movie just for the cast has a pretty all right soundtrack, some questionable stuff in there but really it fits pretty decently. Who knows, I might see this movie at some point. I'd be more likely to see this than Suicide Squad, probably. And screw seeing Angry Birds. Even if their DVD cover has fuzzy eyebrows.