Katy Prism's PERRY, Wait, I Meant Katy Perry's PRISON, Or Was It The Katy Perry Side Of The Moon, Never Mind, Anyway It's A Bunch Of Songs 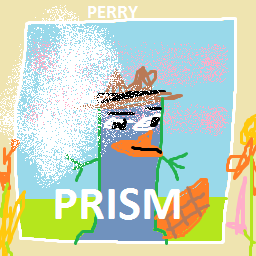 So I was thinking, hey, what's a CGI movie coming out. That one with the troll dolls that they somehow made even weirder? And what's the soundtrack, can I review that as songs itself? It's just mostly covers and I guess the movie is just a big dance fest or something. Okay, what comes up if I look for soundtracks in general. Undertale? That's on here? I could review all 100-or-so songs without context, but... I think context is probably important for that one. Without, it's pretty much a bunch of decent to good chiptunes with insane hype behind it. Guardians of the Galaxy? It's mostly an oldies greatest hits collection, but I do like a bunch of the songs. Just you wait until I get back to some way past years and their year-end lists.

Long story short I was just going over random albums I got for free off Google Play and found this one. Yay. I don't think I got this for any other reason aside from "it was free".


I know some of these songs charted before, so I might be retreading something, but it's been a while since, so yeah, just rolling with it.
Okay so what I learned by looking over this album I grabbed for free (legally, probably, if whatever Google Play does is fine that way) is that I'm not much of a fan of Katy Perry. So, yeah, that would explain most of my reaction. Some okay stuff but honestly it's not my dig. I'd have to say my top unironic pick would be Walking On Air, but that's just a bit over average. And all I wanted to do was just make fun of and possibly find gems in CGI movie soundtracks again. I'll have to do that later, apparently.