50 Previous Shades Of Something: The Book: The Movie 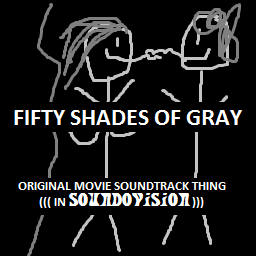 Well I reviewed the second one so why not go back to the first one. After all, it's 6/9. Unless you're in Europe or something in which case just read this in September I guess. Or in another time zone because this went up kinda late in the day after all.

And then the rest is original soundtrack stuff. So yeah. I'm still not planning on seeing this one either.