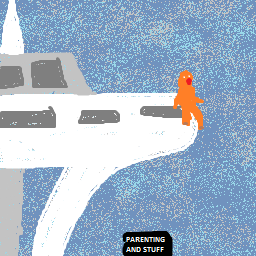 He started from Degrassi and now we're here looking at whatever this rap/hip-hop/R&B? album is. I bet I won't really get it and not really like a lot of it. See when I look at rap I keep thinking of what I'd listen to in the 2000s era when MTV2, which had music then, was showing me this whole movement of primarily Southern hip hop so I'm seeing groups like Outkast or the Ying Yang Twins and such. Nowadays I'm not really paying attention to the rap stuff but now it's just all over the charts more than ever and to the point where country people are even trying to rap. It's weird. But anyway here's this guy rapping. HE RAPS. And sings I guess.

Also because I'm doing this as part of some rating group thing, you're actually going to see songs RATED. I know, right? Numbers on some kind of scale (0-10, but for some reason allows one each of a -1 and 11) where higher ones mean I like something better. Really I only did this so I could do that rating group thing but this is the only way I can slightly cohere my thoughts into something I can understand.
And that's an album with a guy sitting on a building. All the tracks on the streaming or download version are slightly longer. I wonder if the CD just has everything sped up like nightcore. What if Drake went into nightcore. He kinda tried vaporwave but not really. It was still ending up as rap pretty much. Now I guess I better listen to more weird foreign music so Spotify doesn't think I like Drake a lot. If you wanna know about some of the stuff I've found, you'd best hit me up. I know of many cover songs ranging from not quite there to how did this even happen. Maybe I'll bring some to attention here. Several of them are Gangnam Style.